Disclosure: This website contains affiliate links. That means we may earn commissions if you shop through the links included in articles.
As an Amazon associate, we earn from qualifying purchases.
You are here: Home / recipes / Easy Zucchini Recipes

Guess what?? I grew my own zucchini!! This is absolutely stunning for anybody who has met me or had the misfortune to walk past my house and see all the dead flowers and other plants.  I completely and totally suck at keeping plants alive.  And because of this I am absolutely determined to find success with a vegetable garden!  Pots have never worked for me and I’m done with the topsy turvy tomato.  So this year, I dug and dug and have a bona fide garden!  And I have a zucchini!!  (well, had but I’ll get to the ways I demolished it soon enough) 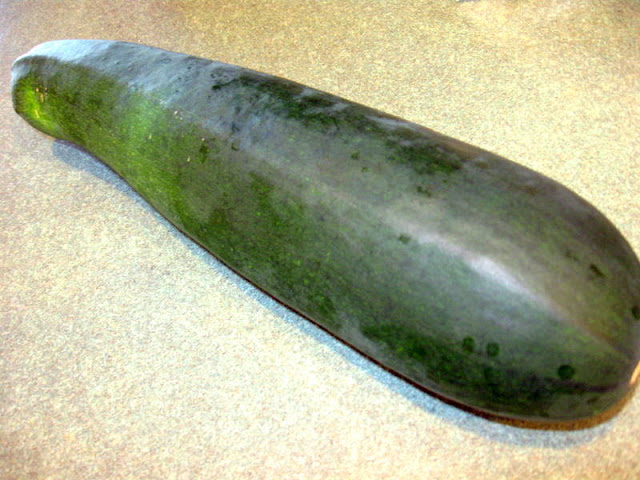 Before I plucked this beauty, I also was given 2 large zucchinis from a friend.  So armed with 3 zucchinis, I’ve been busy the past week or so doing some taste-testing!

First up, were the desserts, of course!

I found the recipe for these Cinnamon Frosted Zucchini Bars over at Shugary Sweets and they were fantastic!  Probably my favorite of the desserts I made.  I actually wasn’t prepared to like them cause I’m not the biggest cinnamon fan this world has ever seen, but it was the perfect combination of flavors! Will definitely be making these again! 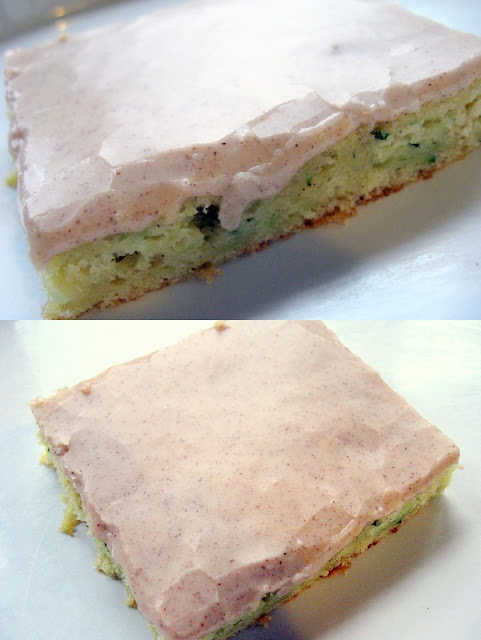 Next I pulled out my trusty red-checkered, Better Homes & Gardens cookbook and made some zucchini bread. 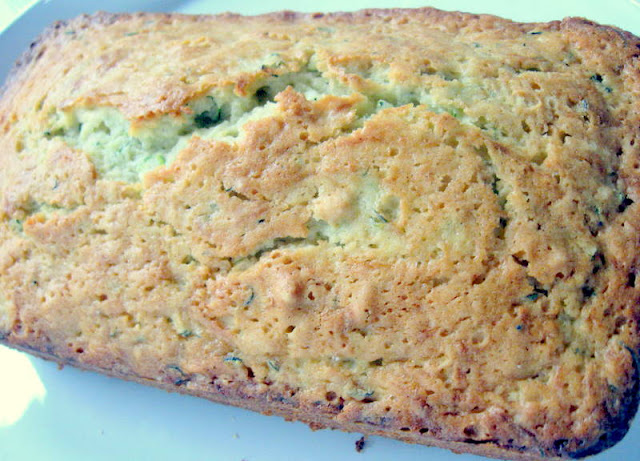 I doubled the recipe and poured the extra batter into some greased cake rounds and made some cakes! 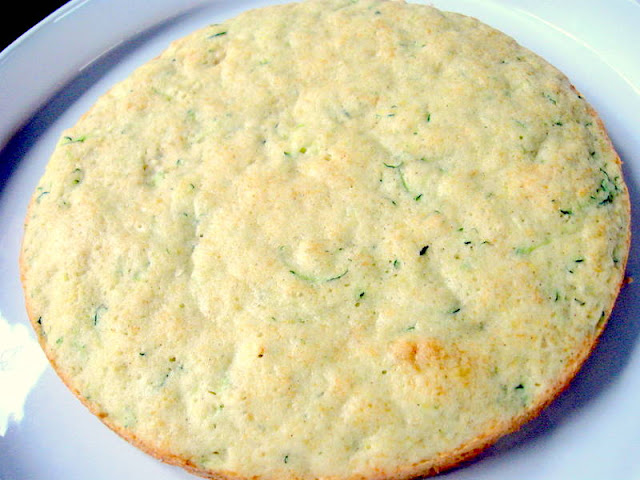 The one I just sliced into 8 slices after it had cooled and then wrapped them individually in plastic wrap and froze them. This way I can pull out one at a time if I’m craving a little home-baked goodness.
With the other cake, I spread one some no-fail cream cheese icing. 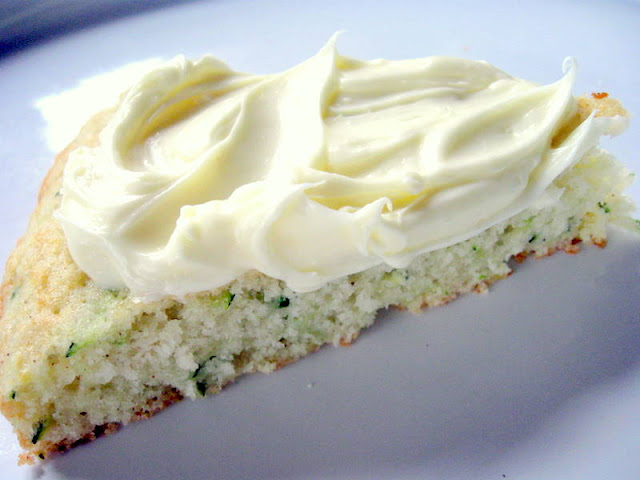 The icing was a bit over-powering, so I did what any normal person does… I topped it with another piece of cake to see if that was a better balance. All in the name of research, people!  Research is important!! 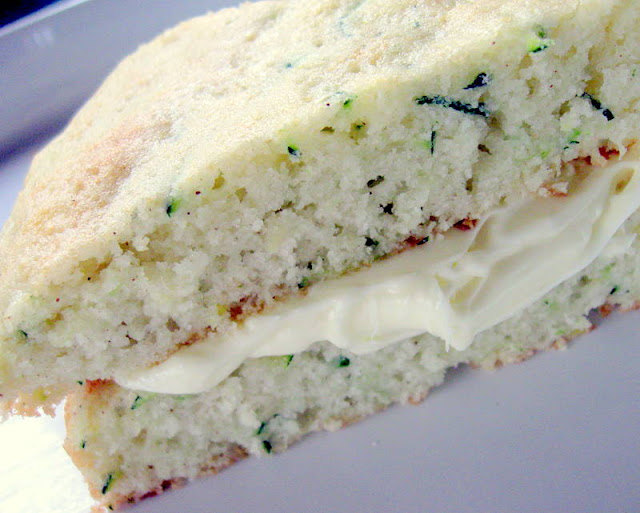 And what good is a baker if she can’t make some cookies??  er, I mean, if she doesn’t use a Martha Stewart recipe now and then…  I ripped this recipe out of her magazine awhile ago and am glad I held onto it!  These were fantastic and the oatmeal in them gives them a fantastic texture!

I made some as whoopie pies… 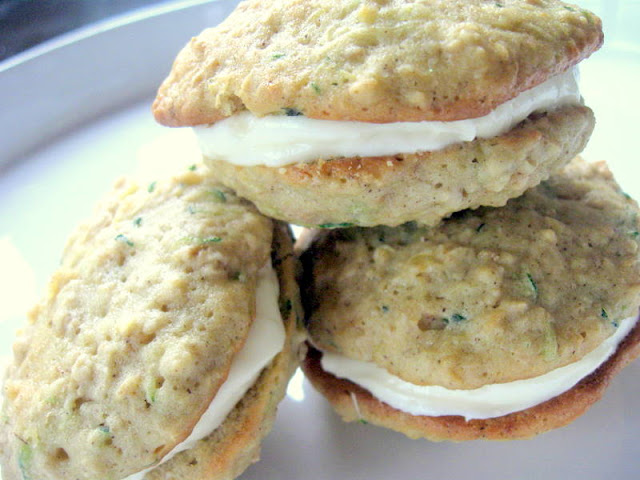 Some I just frosted… 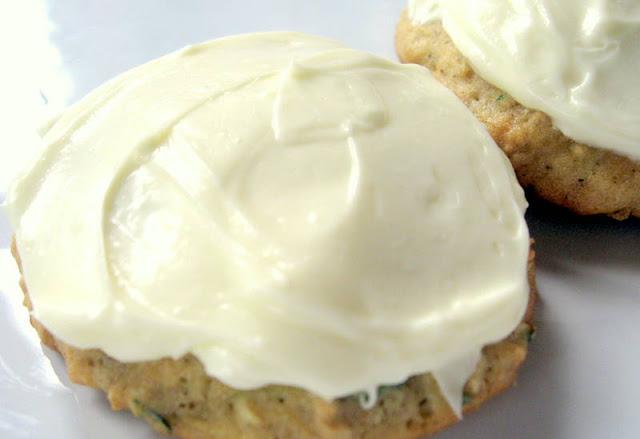 And some I left plain for these two boys in my house who seem to think there’s such a thing as too sweet!! What??? Pshaw, I say!! 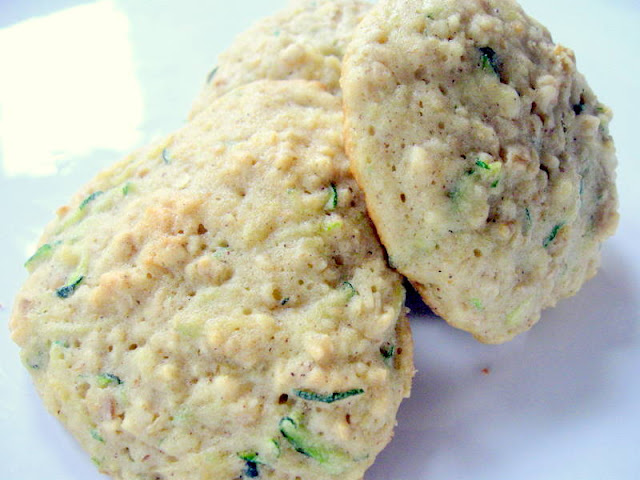 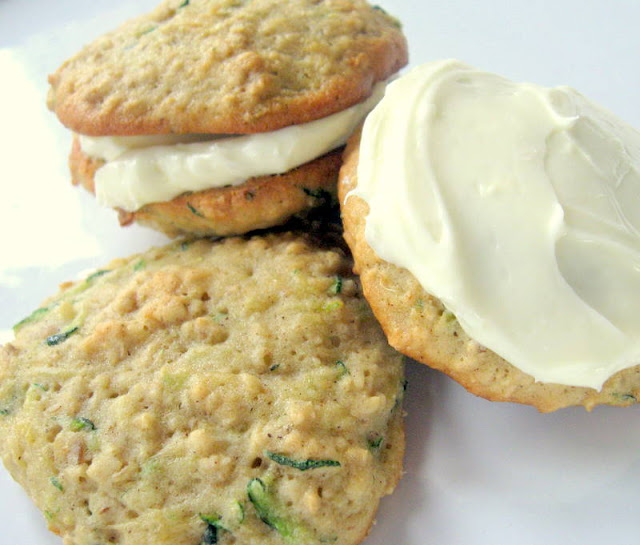 And, yes, we do eat dinner around here.  Sometimes I even act like I care about it.

I saw a recipe for zucchini sticks, but when it came down to it, I threw the recipe out and just made my own.  I cut my zucchini into “matchsticks” about 3-4″ long.  Then I dipped them in an egg/milk mixture.  for my breading mixture, I had a bag of leftover crackers (Ritz, Triscuits and other assorted ones) that I smashed into crumbs.  Then I added parmesan cheese, Panko bread crumbs and some parsley.  After I dipped them in the egg mixture, I dipped them in the crumbs and then spread them on a single layer on a cookie sheet that was sprayed with Pam.  After they were spread, I sprayed them again then baked them at 400 degrees for about 20 minutes.  They were pretty good and I would make them again, but I would definitely make half as much, because I wasn’t too thrilled with how they re-heated. 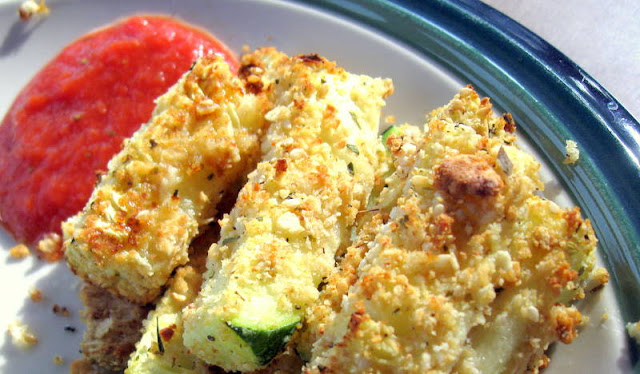 And now… drumroll, please… the Belle of the Zucchini Ball was hands-down these fried zucchini cakes!
I found the recipe at Life’s Ambrosia and pretty much followed it exactly.  The only difference was she suggests serving it with ranch dressing and we used marinara sauce instead.  They smelled heavenly, tasted divine and re-heated like a champ!  We will definitely be making these many more times!  Keeper, for reals. 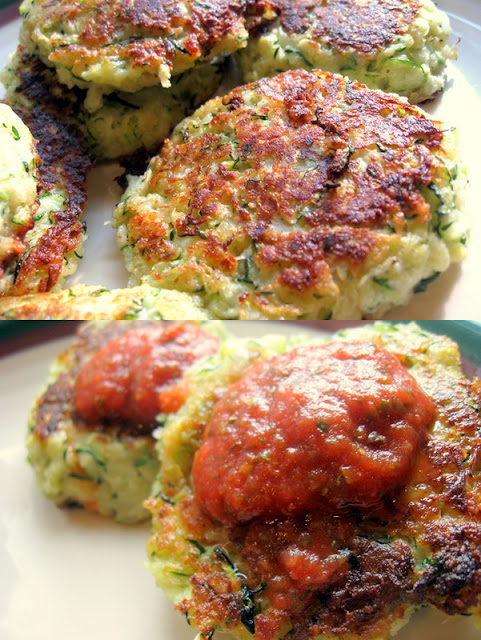 Ahhh, zucchini, you make my heart go pitter patter.  Thank you, my love.