I can’t even remember what I made these for! That’s how lame I am at getting posts up right when I do something.  Spectacular of me, isn’t it??  I’m thinking these were for New Year’s Eve, so we’ll just go with that.  Either way, they were really good and I plan on making them again soon! 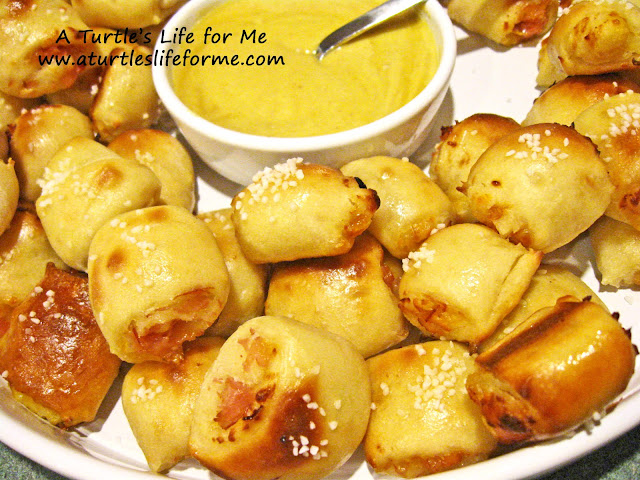 I found the recipe on Pennies on a Platter and her pictures are fabulous!
I pretty  much followed her recipe, except I added about twice as much ham and cheese.  I also skipped the boiling step completely.  I’m not saying everybody should… maybe that’s why hers look so much better.  But I tried 2 in the boiling water and it was a complete disaster, so I skipped it, went straight to baking and they still came out really great!
Of course, when that step was a total flop, I panicked and quick pulled some frozen appetizers out of the freezer that my sister had left after Christmas Eve.  I threw them in the oven too since I was running out of time and both things ended up coming out at the same time!  The pretzel bites turned out, so I now had double the food to take with me to our friends’ house!
I’m not really known for moderation. 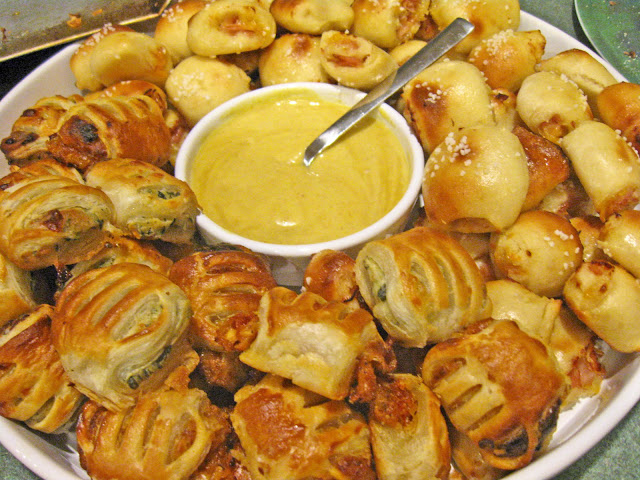 But the pretzel bites were the star!! 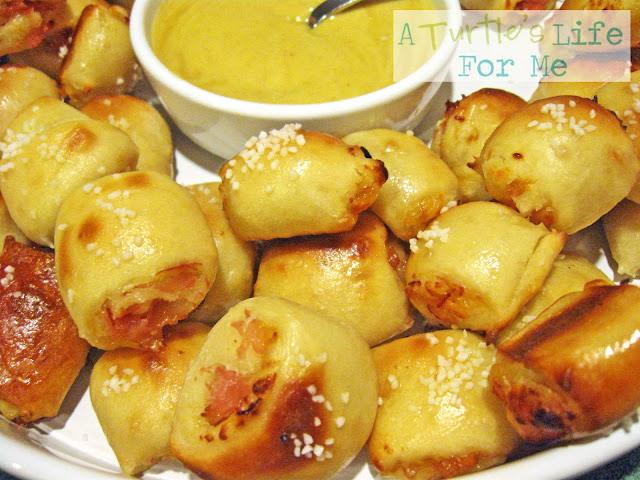