… and we’re the Backyardigans!! 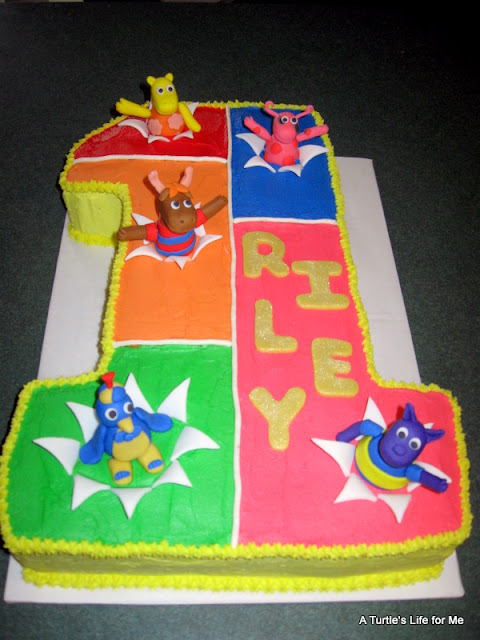 And you guys are darn lucky I came up with that much of the song!! (yes, that’s luck when I quote cartoon song lyrics, in case you were wondering)

I made this cake last spring for a customer’s daughter on her 1st birthday.  This was one of the first ones I did for somebody who I didn’t really have a direct connection to… just one of those “I heard about you from so-and-so who said she was at a party where so-and-so mentioned you…”.

I was a nervous wreck doing this cake!  and the 48 cupcakes that went with it!  It must have been a heck of a party! 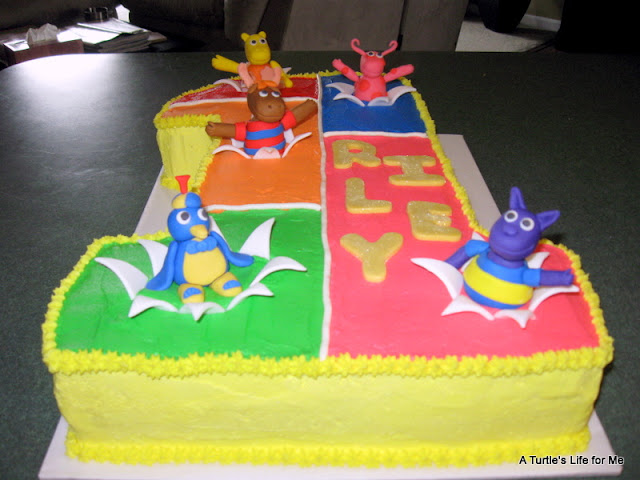 I made all the characters out of fondant by looking at my daughter’s Backyardigans Memory game!  They didn’t look right just sitting on the cake so I cut little white triangles out of fondant and bent them a little so it looked like the guys were popping out of it.  You know, “Surprise!! It’s your birthday and we were hiding in your cake!!”.    Yeah, I don’t know either but it gave the cake some dimension, so I went with it.
The letters I cut out of fondant too and then brushed on some gold glitter for a little extra shimmer. 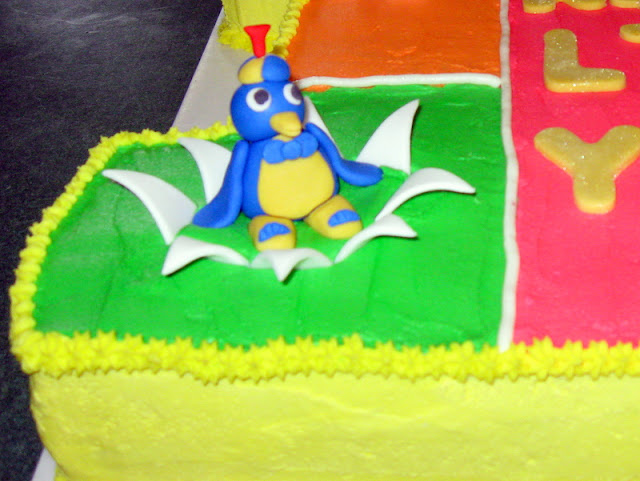 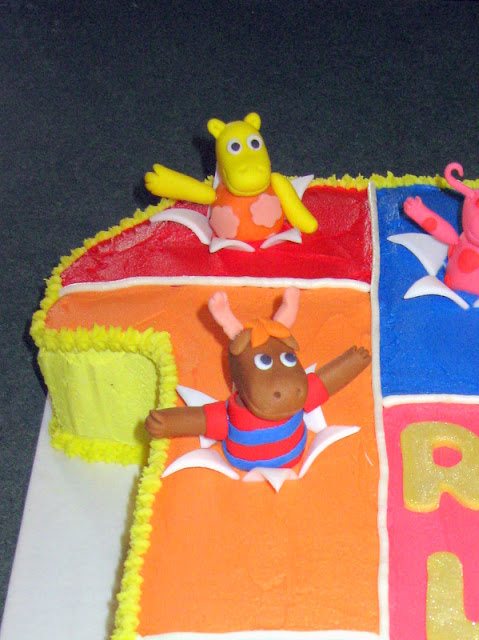 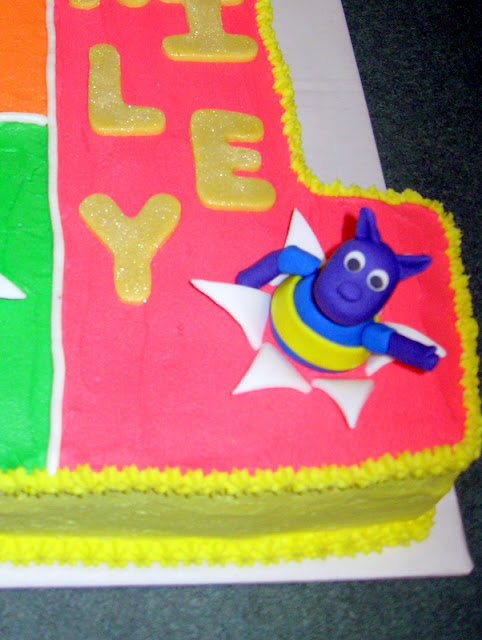 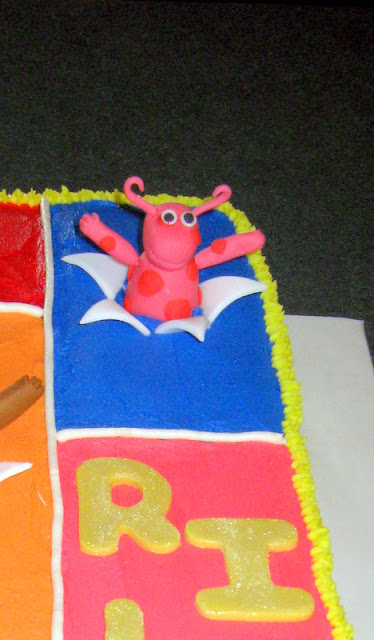 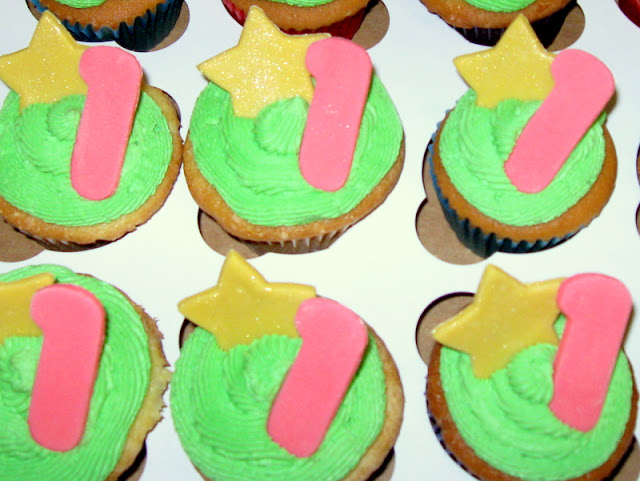 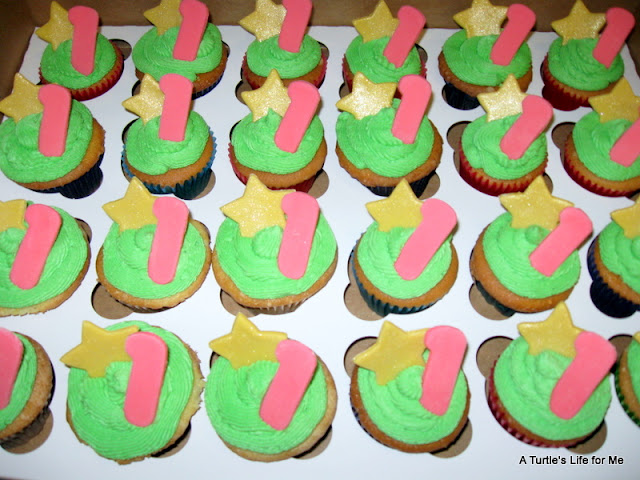