I actually finished this little beauty a couple weeks ago and have totally procrastinated wanted to make sure it worked before getting it posted for you guys!  But I’m ready to share! 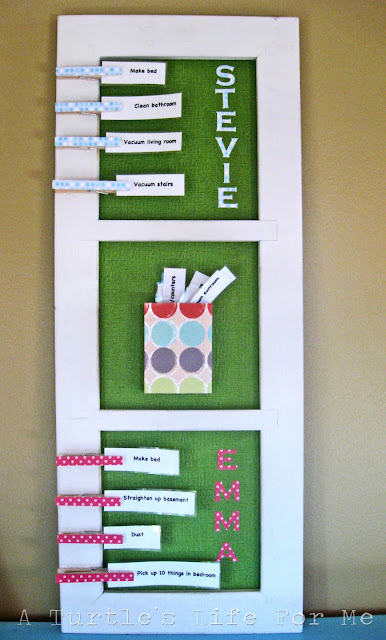 Best part??  Well, besides some help around the house… everything I used to make this,

was found around the house!  I didn’t have to go out and buy anything!

It started with this snowman board that I picked up at a thrift store last spring. It was during one of their clear-out days and was sitting on the loading dock outside for free. (I’ve got

many more posts to get up using the items I picked up during this free day.  Honestly, you
should have seen me come home that day. I’ve never seen my husband’s eyes roll back so far). 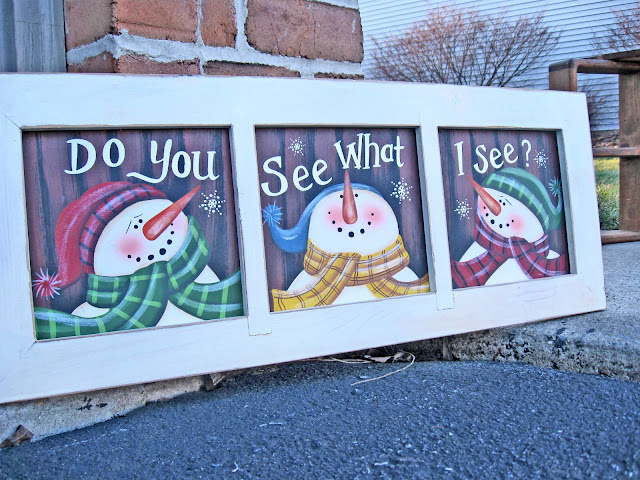 I popped the back off and covered it with green scrapbook paper.  I just left the frame painted white. 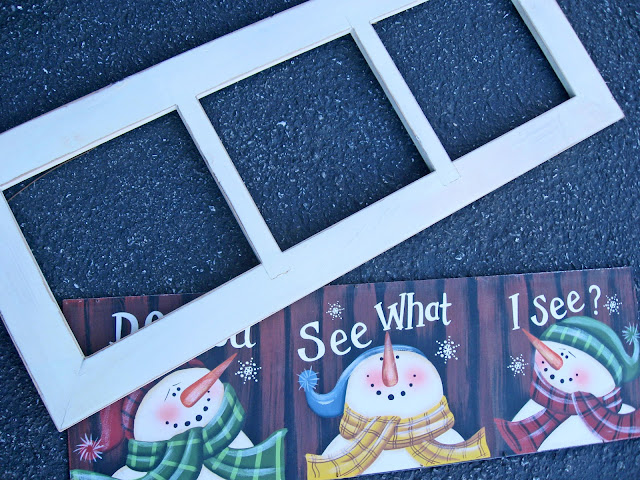 Then I took some clothespins and Mod Podged some scrapbook paper on it.  Then
hot-glued the clothespins onto the side of the frame.  I used 3 regular sized clothespins
and then one large clothespins for the “more involved” chore.  Also because I just liked
the way it looked being anchored at the bottom by that bigger clothespin!  Cut some
letters out using my Cricut for the names and just used a glue stick to adhere them. 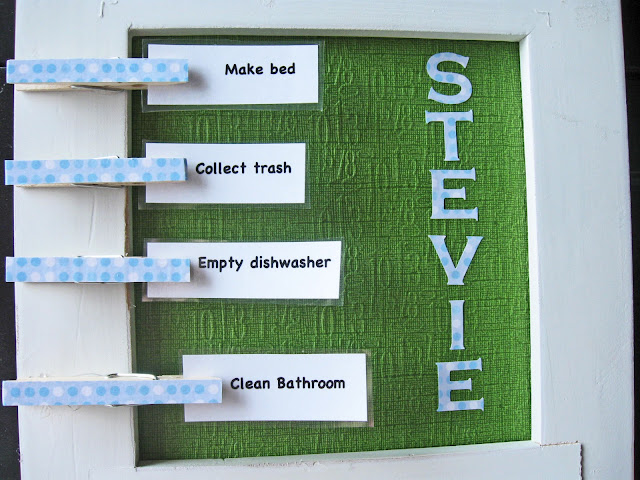 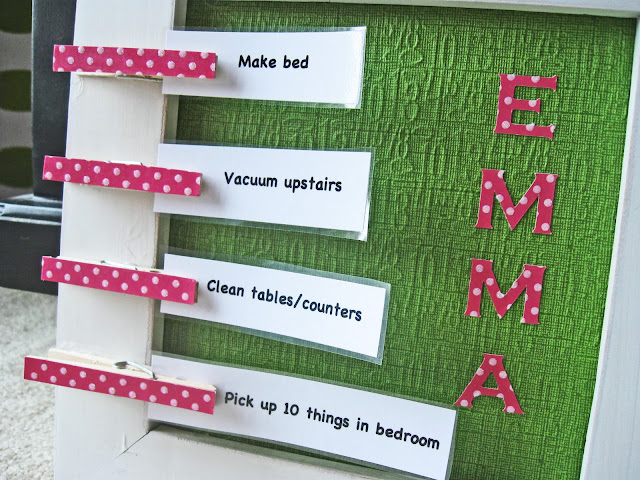 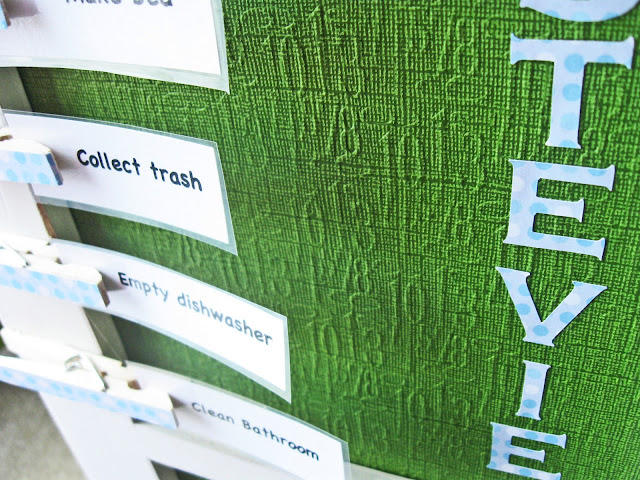 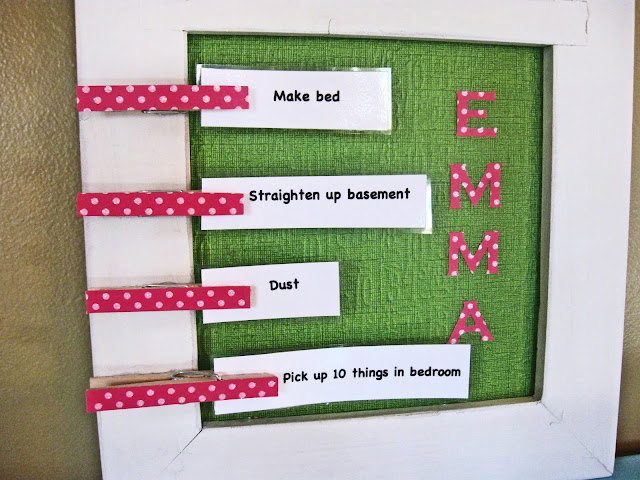 For the middle section, I just cut the flaps off the top of a crayon box and glued a piece of scrapbook paper around it.  I also taped a piece of paper about half way down on the inside of a box, so that my smaller chore cards didn’t get lost down in the box.  Then I hot-glued it on to the scrapbook paper. 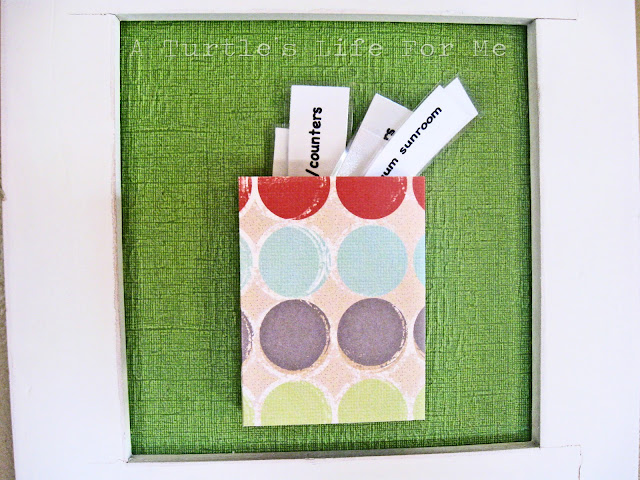 As they finish their chores, they flip the card over to the blank side, so I know they’re done!
So far it’s working exactly as I planned… my son never mentions it. Just walks over, checks out what’s up for the day, and gets it all done in about 15-20 minutes.  Never hear a peep from him.
My daughter. Oh, my daughter.  She needs to be led over by the hand, where she is astounded every single day that there are 4 things to be done by her name.  Seriously, it amazes her every day.
(and let me just say that during the week, her 4 things are really not that big of a deal)
A little while ago, I was telling the kids that I was making them a chore chart and I
was going to have 2 columns- 1 with the chore that needed done and 1 column
where I would check if they did it with a smiling face or not.
Didn’t the girl sigh and say, “Are you serious, Mommy?? You must just want me to fail!!”