For our homemade gift extravaganza, my husband pulled my other brother’s name.  This particular one loves to travel and spent a semester studying in Italy, he honeymooned all over Europe and his wife spent a large chunk of her childhood living in Ireland. 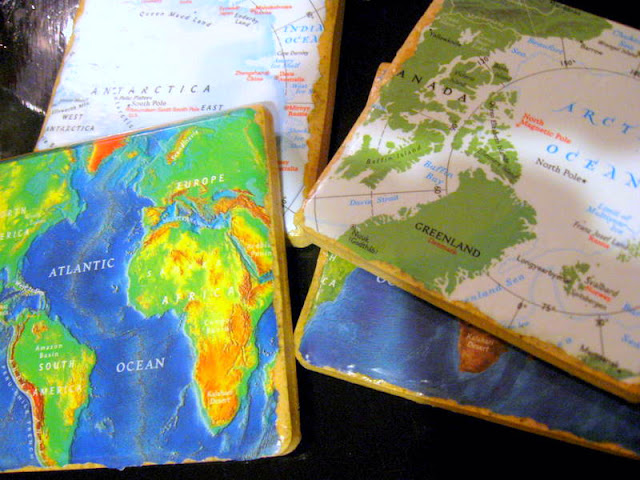 So we played off of that and came up with map coasters!  I say “we” because there wasn’t much of a chance of him coming up with an idea. That doesn’t really happen.  So I thought of the idea and got involved with one teensy step along the way, but he really did do this himself!

I handed him a map, 4 tiles, a pack of felt pads and some Mod Podge and the man got to work!  He was making a pattern and lining it up on the map and I didn’t interfere at all!!  The only part I helped with was when he had his pieces cut out, he didn’t like the straight edges, so I just used my fingers and “tore them up” a little to make it more of a weathered edge.  He put 6 coats of Mod Podge on the top with a couple hours drying time in between each coat. 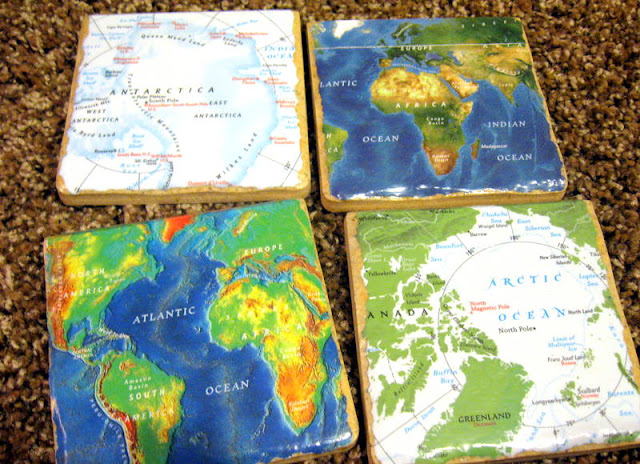 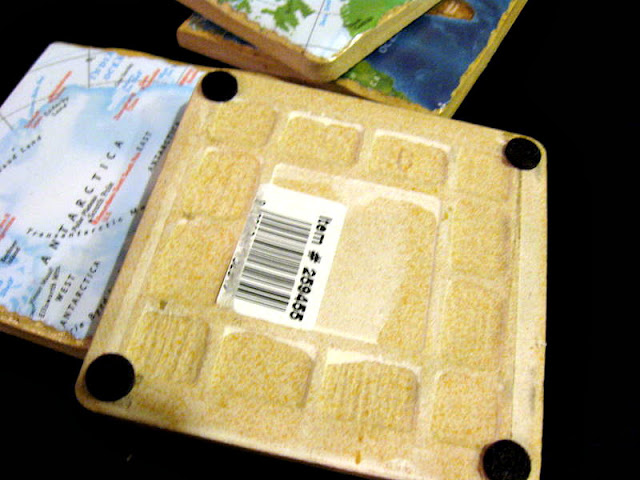 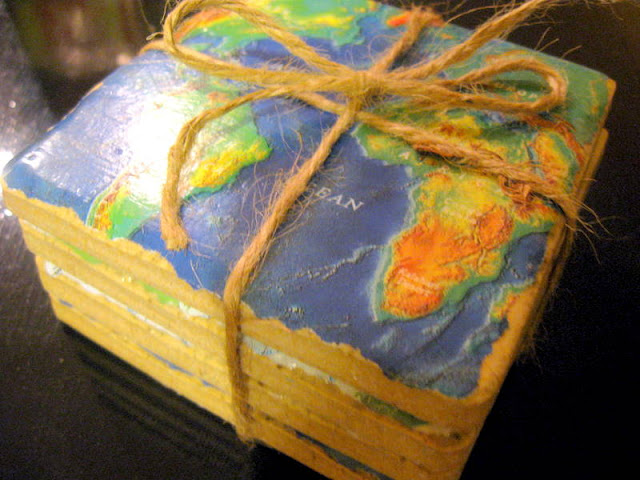