Super simple really!  A couple weeks ago, I was a lucky duck enough to receive this awesome box filled with Martha Stewart’s new line of glass paints and stencils! 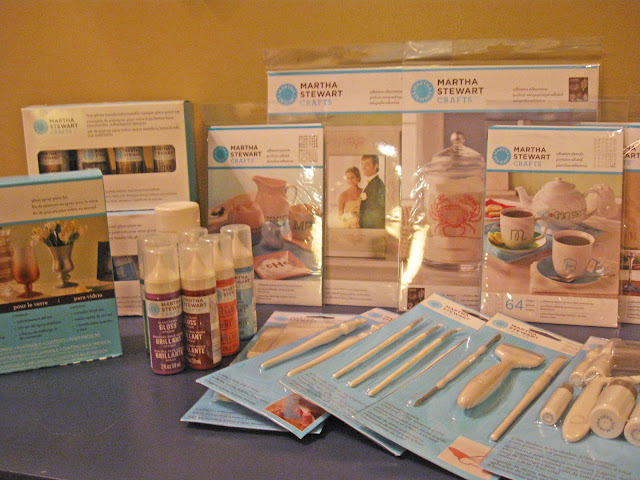 and I was really excited, but I hemmed and I hawed, because honestly, I’m just not very good with stencils!  There’s always seepage and leaks (sounds like we’re talking about diapers), and it just never turns out the way it looks in the pictures!

But I found a couple of glass vessels/jars/vases that I’ve picked up here and there at garage sales.  I don’t think I paid more than 50 cents for either of them, because that just wouldn’t be like me. So with my cheapo glass jars, I figured I didn’t have much to lose and I set out to try stencils yet again! 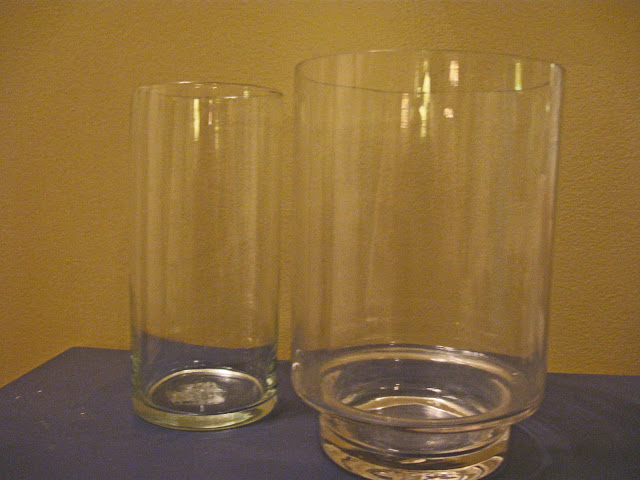 Here’s the thing, though.  When I finally looked through the box closely, I realized that they weren’t really stencils.  They were screenprinting, self-adhesive stencils!  Say what??! 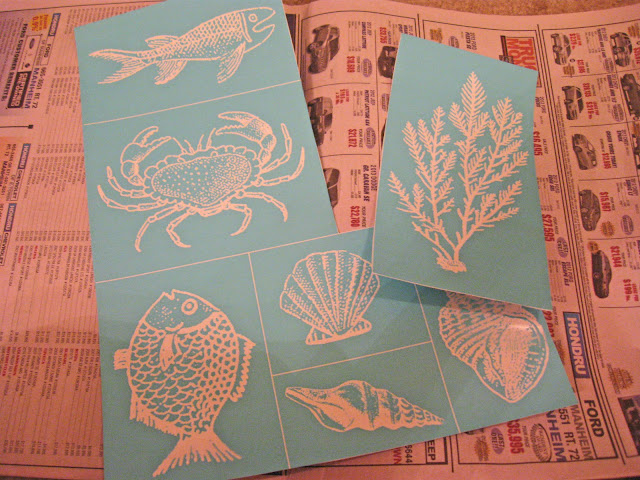 These were the coolest things!  You just cut out the design you wanted to use, peeled it off the backing and placed it right on your glass surface.  It felt like fabric and stuck perfectly!

But instead of using the regular stencil pouncer brushes, I opted for these squeegees.  Yes, I wanted to try them, but they also looked like they would be very easy to clean up!  And they were! Extremely easy! 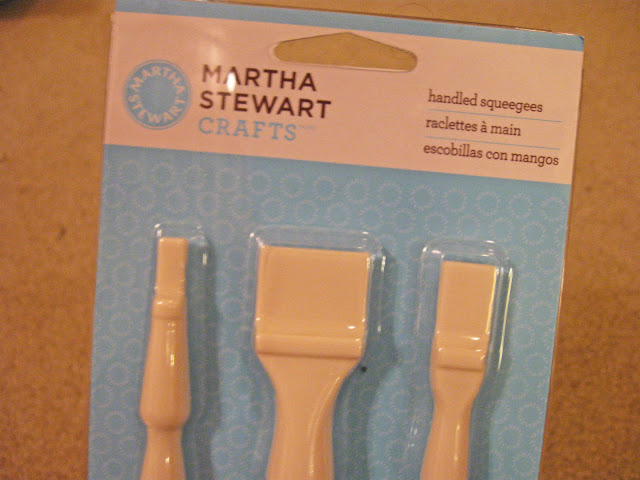 After I had the screenprint stencil on the glass, I just squeezed a thin line of paint right above the pattern on the stencil. 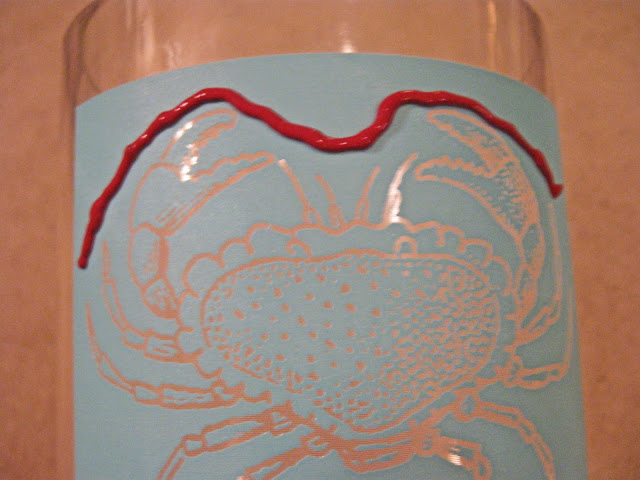 You use your squeegee to brush it down over the pattern and smooth the paint out. Then you peel the stencil up while it’s still wet and stand back and gawk at those lines!  Have you ever seen more gorgeous, crisp lines from any stencil anywhere?!  No, you haven’t!  I promise you haven’t! 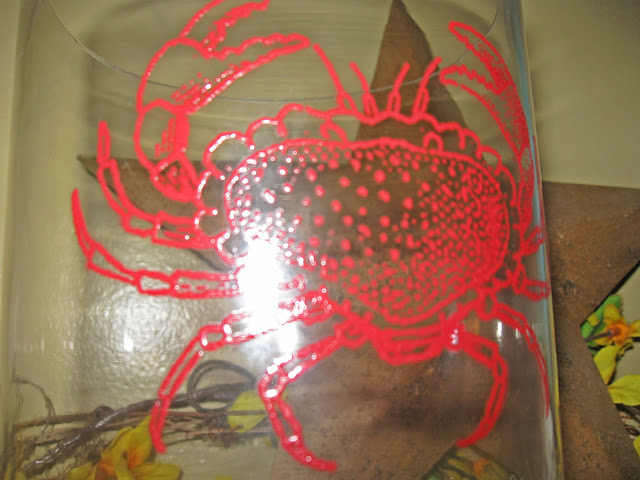 I even added a border at the bottom of the jar. 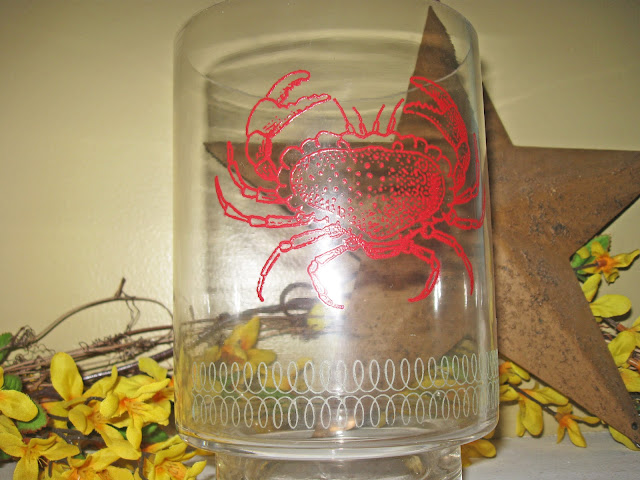 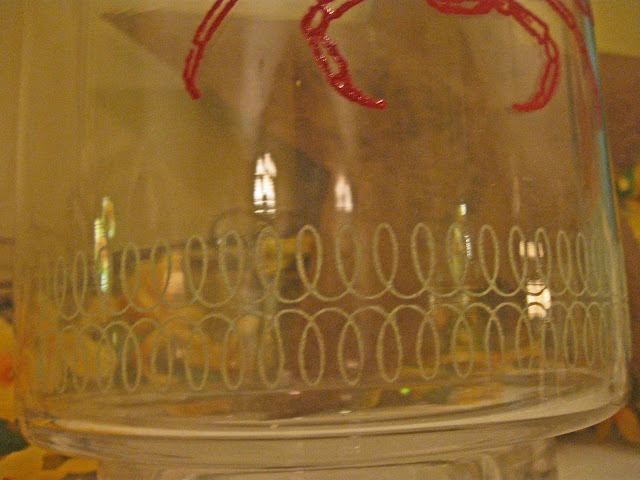 and some blue coral on my other jar. 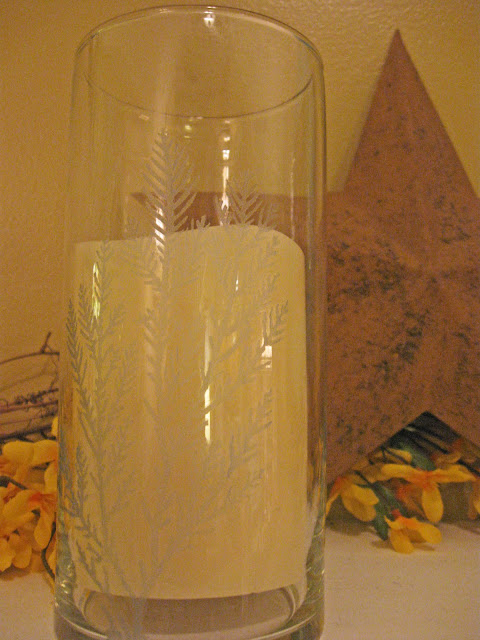 Please believe me, this was SO easy!  I had everything out, cut, applied, painted, peeled and washed in under 5 minutes!  And it was dry almost immediately so that I could keep working!  I will never again think that I can stencil… apparently, I’ve just been waiting for the most perfect stencil ever!

You can find and follow Plaid Crafts at the links below:

I wrote this post as part of a paid campaign with Plaid Crafts Martha Stewart Glass Paints and Blueprint Social. The opinions in this post are my own.