I want to preface this by saying that Pioneer Woman has never steered me wrong.
Every single recipe of hers has become an instant keeper in this house.
And I don’t fault her at all for this one, really I don’t.  One of my pet peeves is when I’m searching for new recipes and I see a comment just tearing it to pieces, ripping it up and down for how bad it is and then the commenter goes on to say he/she changed 16 of the 18 ingredients.  Honey, you’re not even reviewing the same recipe anymore.  Really, I’m all for people customizing things to their tastes, but at some point it becomes a different recipe and the original poster is no longer responsible for how it turns out!  And now we get to Spicy Dr. Pepper Shredded Pork…
And if you want to know the real truth, I actually made this about 2 months ago but it left
such an impression on me that I’m just getting around to posting it now! 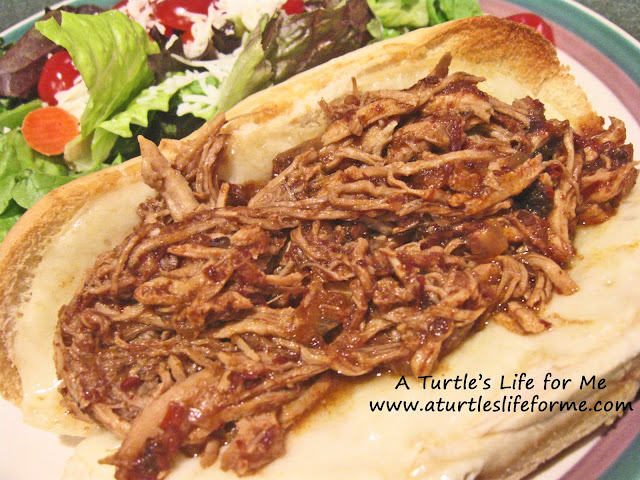 It looks good, doesn’t it??  It fools you and lures you in.  But what you can’t understand
from this picture is that before I even served it, I took a big, up-close whiff and lost
my breath for about 12 seconds.  I felt like I snorted a handful of pepper.
See, this is where my foolishness thriftiness comes into play.
Pioneer Woman’s recipe calls for an 11 oz. can of chipotle peppers and a 5-7 lb. pork shoulder.
Mmmmhmmm.  I had a 22 oz. can of chipotle peppers that I didn’t want to waste and a
4 lb. pork shoulder.  That seems like it’s proportional to her recipe, right?? 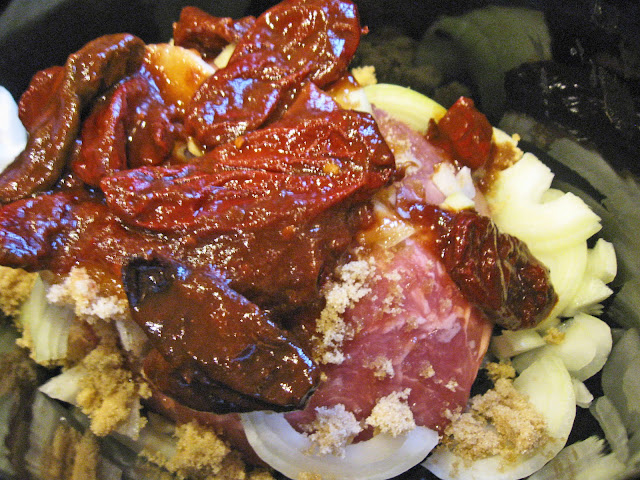 I let mine simmer in the crockpot all day and it really did smell delicious when you walked in the door.  I toasted some buns with some melted provolone and the whole family was drooling.
Notice that salad in the background?  Well, we ended up pouring bleu cheese salad dressing all over our sandwiches in an effort to cool them down!  At least my husband and I did… I actually excused the kids from eating their dinner (I NEVER do!).  Even the salad dressing didn’t put out the fire! 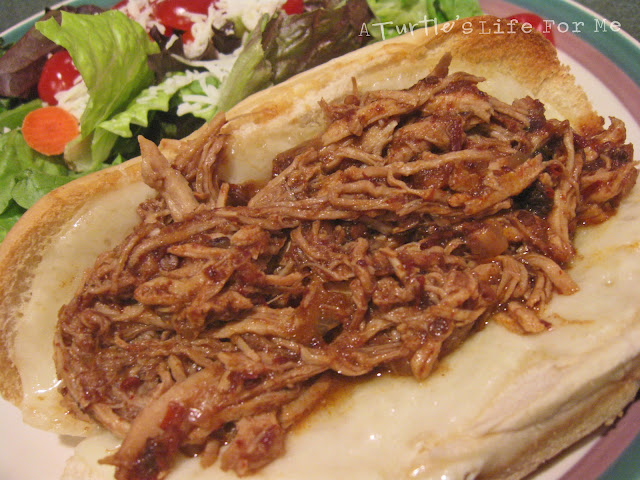 So we ended up with a ton of shredded pork leftover that I refused to throw away! So in an effort to “repurpose” it and mask the fire even more, I made an appetizer out of them for a get-together with friends.  It definitely cooled the fire down some, but was still too hot for me! 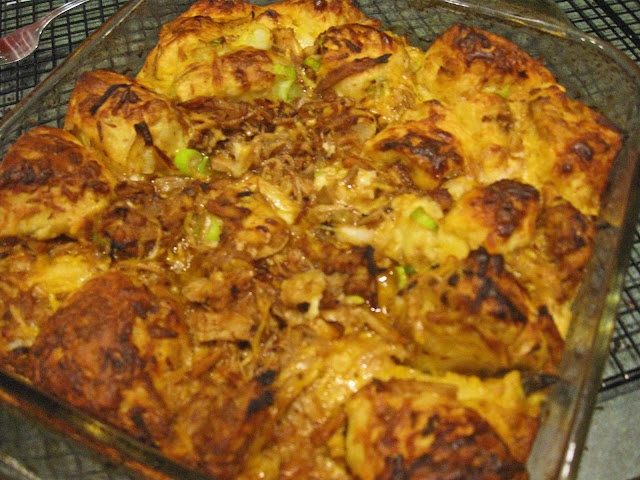 And, I am fully aware that this picture is horrible, but it actually tasted better than it looked.   And I think the meat was so hot that it was fogging up my camera lens! Smokin’!
Pork Pull-Aparts

Preheat oven to 350 degrees. Spray an 8×8″ glass baking dish with cooking spray. In bowl, beat egg and milk with wire whisk until smooth. Separate biscuit dough into 8 biscuits and cut each biscuit into quarters. Carefully stir the biscuit pieces into egg mixture to coat evenly, then fold in bacon, cheese and onions. Spoon the mixture into your prepared pan and arrange biscuit pieces in a single layer. Bake 23-28 minutes or until golden brown. Serve warm by just pulling biscuits apart.